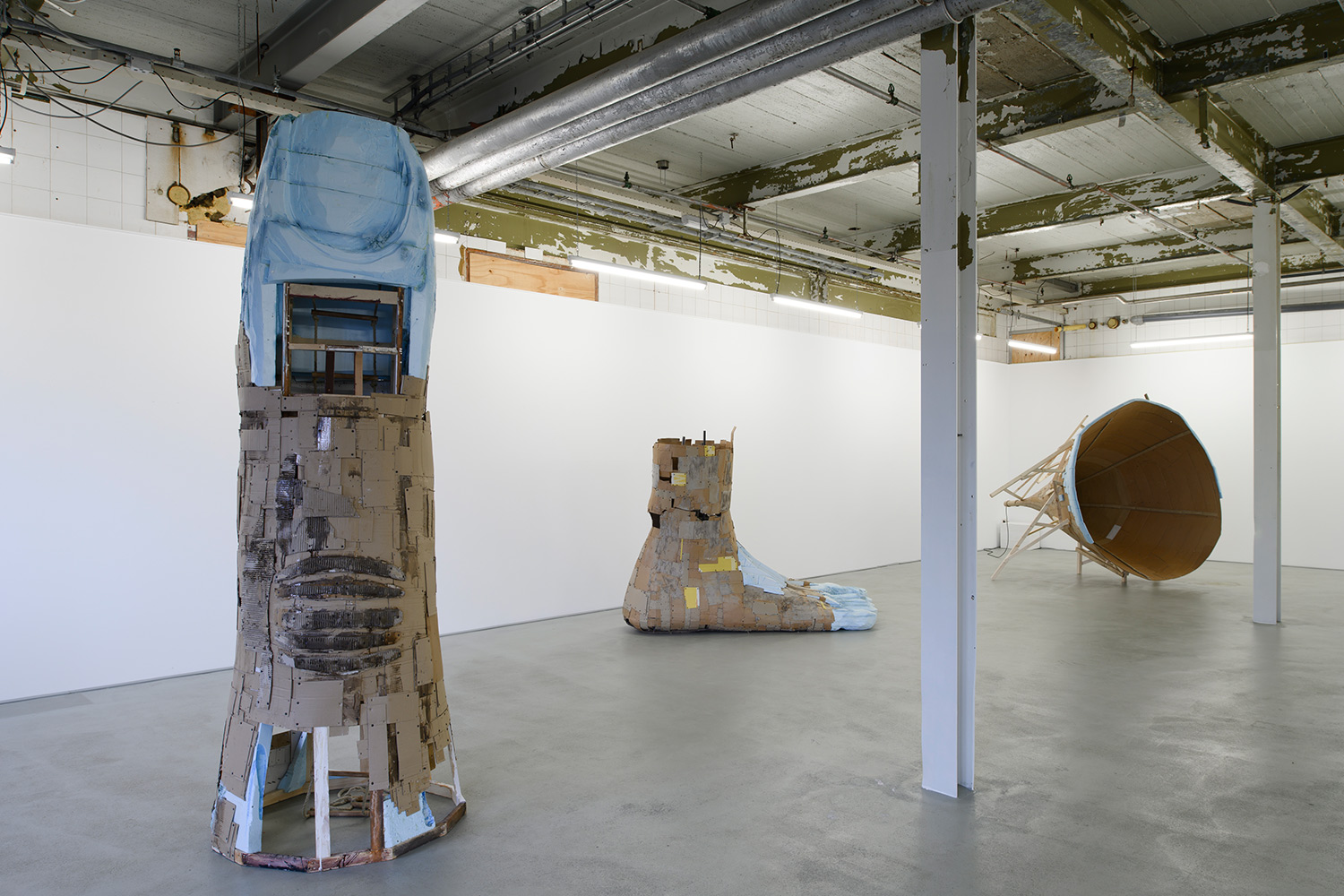 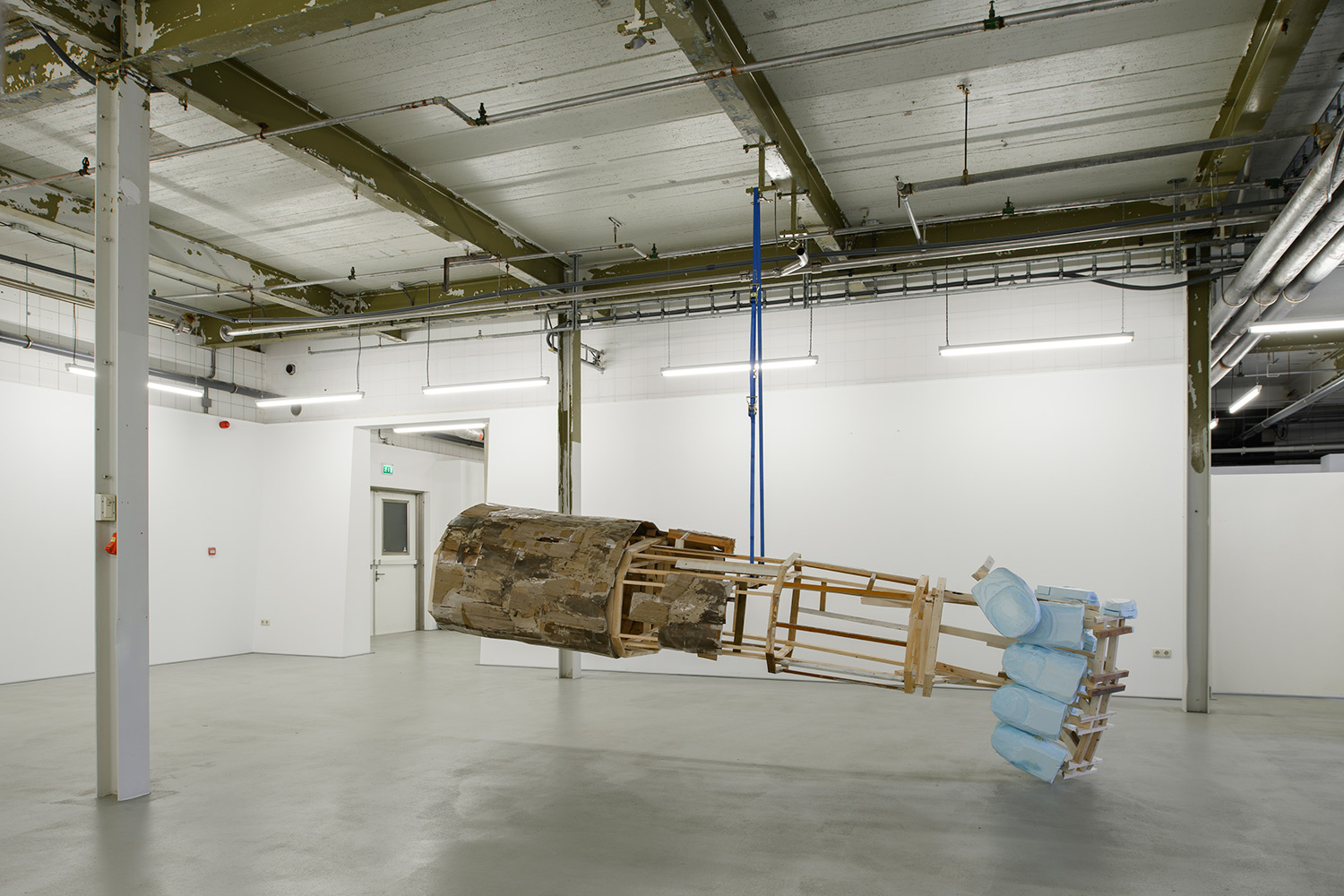 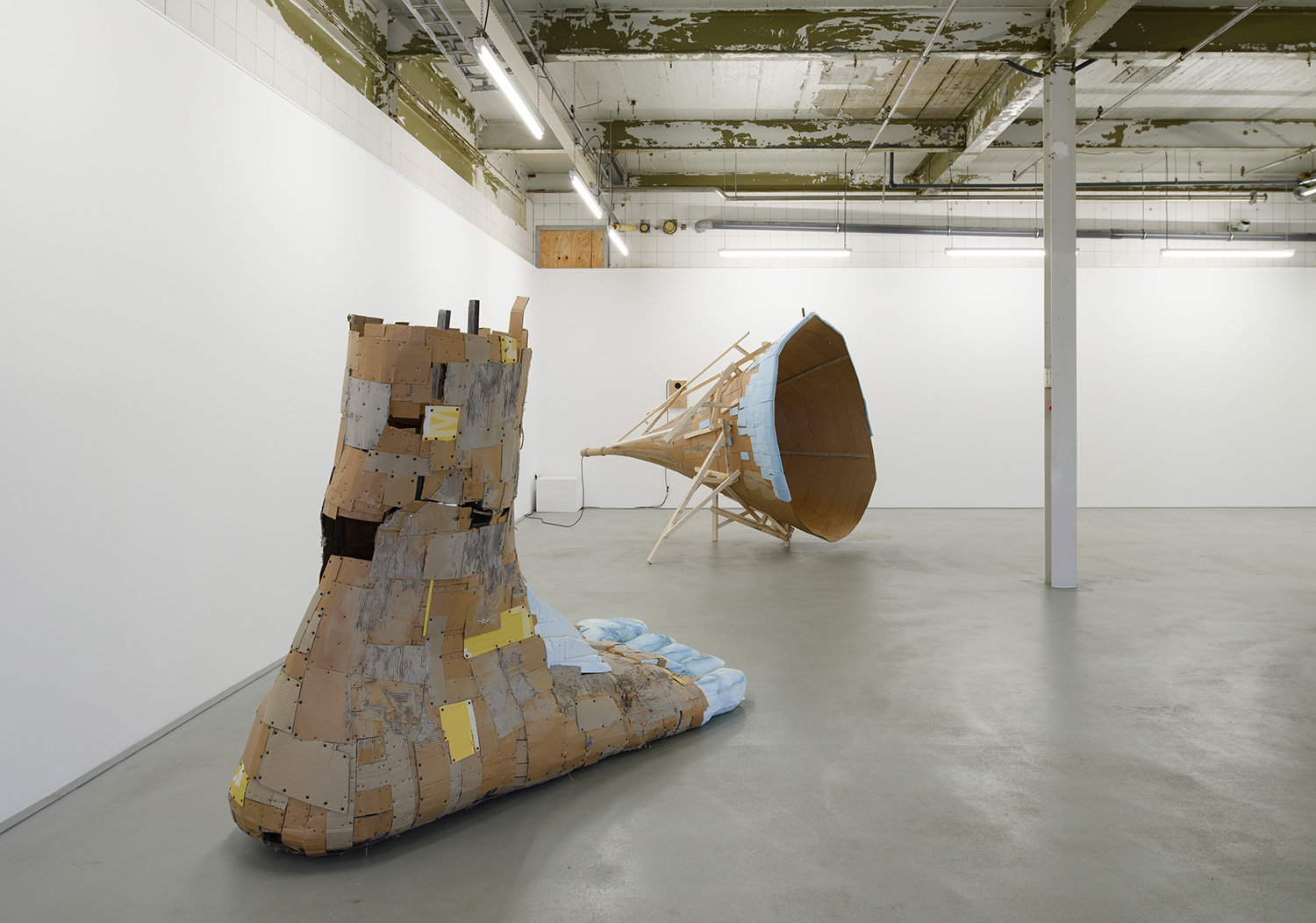 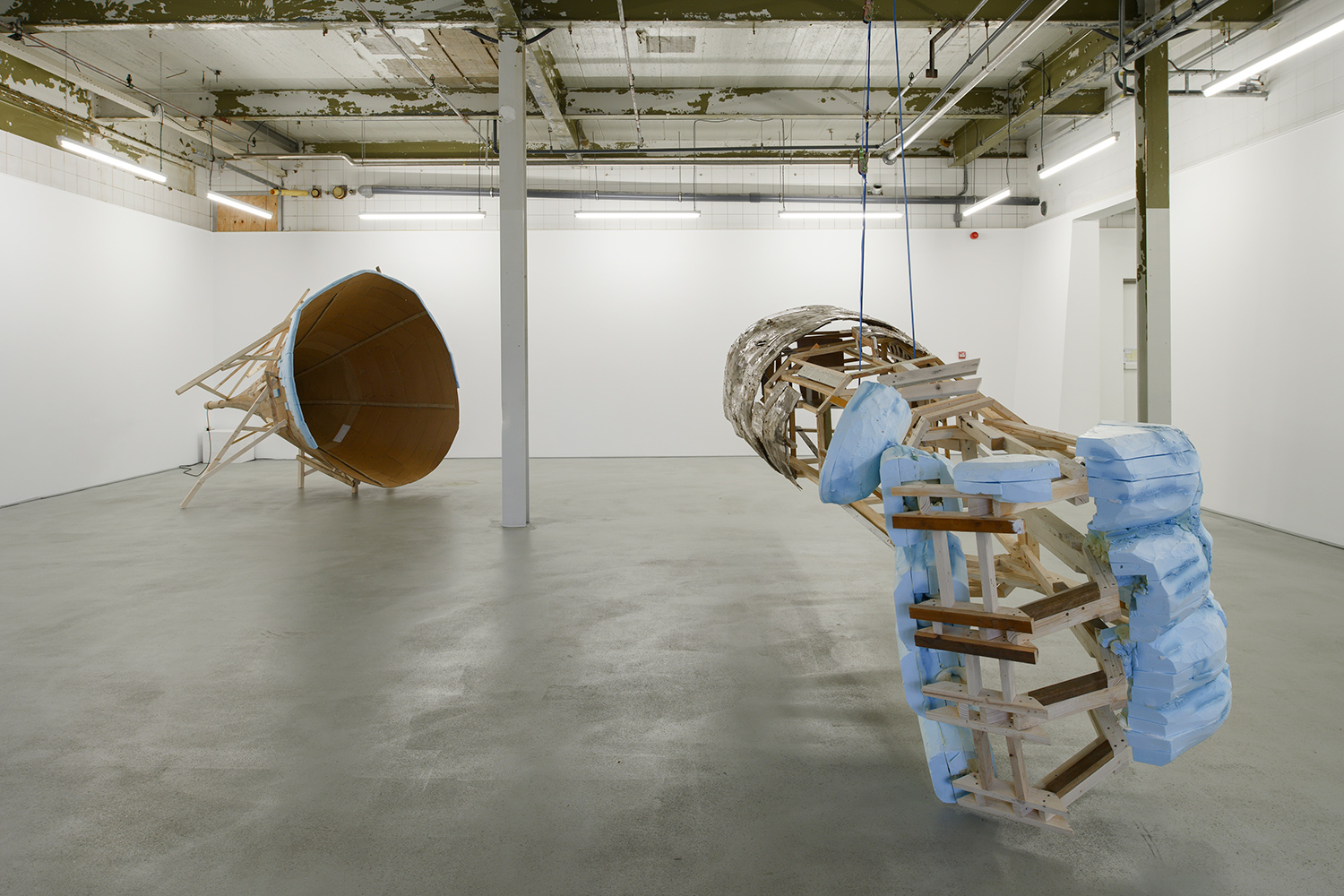 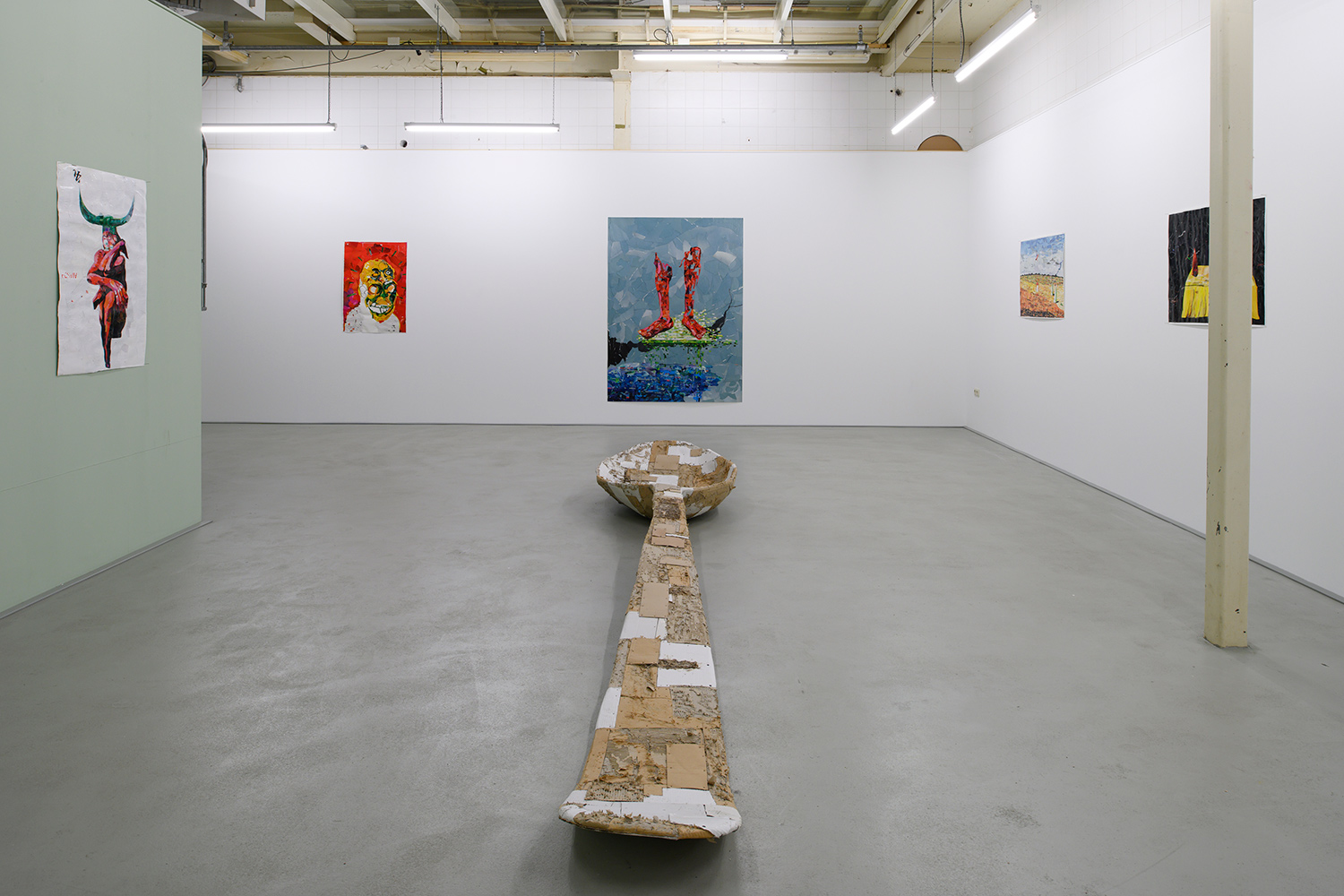 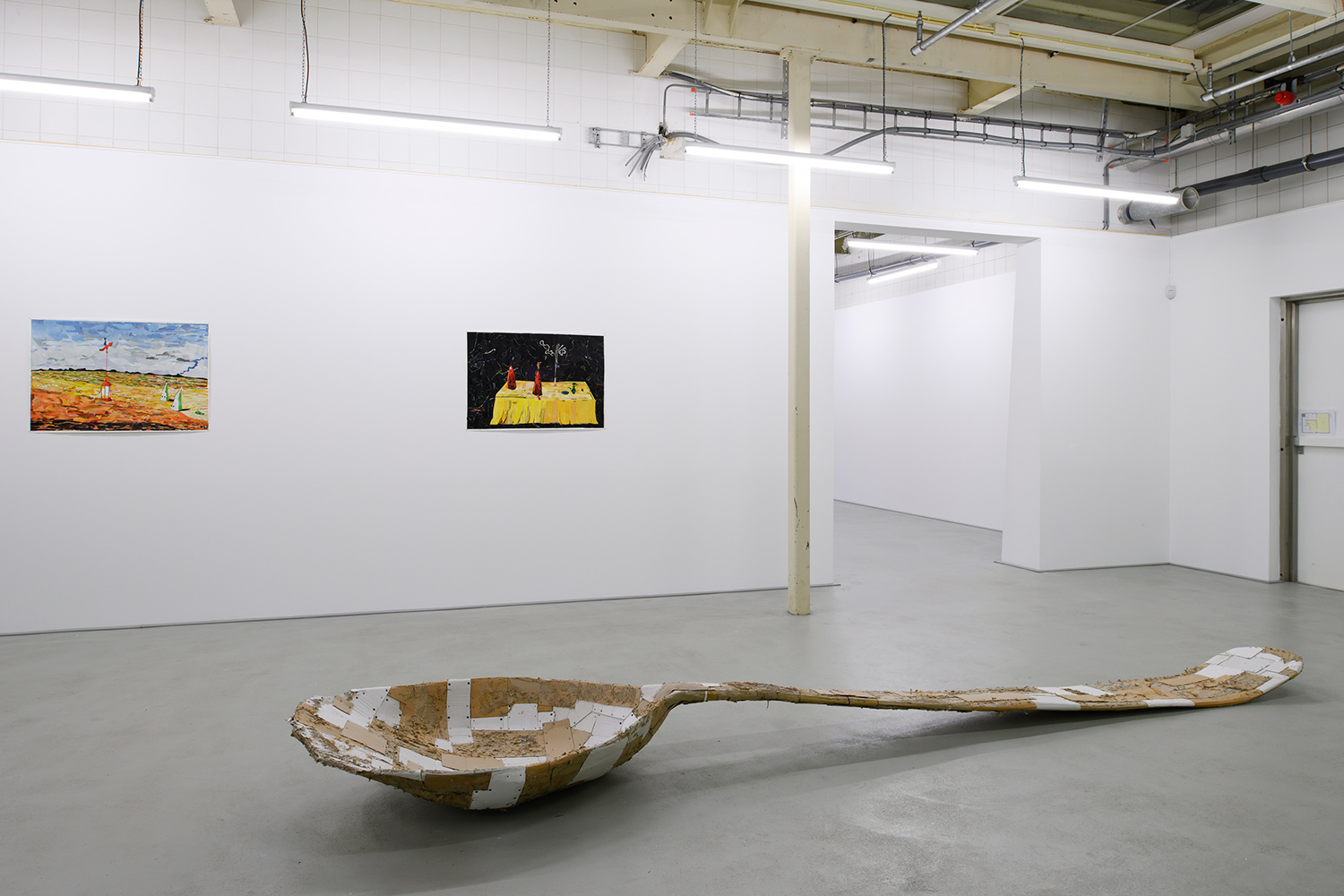 “The Control Room” by Jeroen Cremers (then working under the name : Jerry Kowalsky) is this year’s first project at Galerie Bart. This Dutch artist lives and works in Berlin and makes impressive sculptures of an unusual material: cardboard.

The exhibition shows large sculptures of enlarged body parts and utensils, as a kind of ‘wonderland’, as the artists themselves call it. A universe of strangers, abandoned objects reminiscent of remnants of ancient cultures or cartoonish worlds. Cremers’ work shows an absurd reality filled with twisted heads, Pinocchio noses or giant hands and fingers. About a monumental halved head, entitled ‘End of a System’, he says: ‘The inspiration for this sculpture came from the destruction of monuments in times of war or revolution, such as those of Saddam Hussein or Lenin. The sculpture appears to be part of something larger, which has been destroyed. A remnant of a time one wants to forget. For me, the bumped head is a symbol of the ever-repeating cycle of construction and decay within human societies”.

In addition to exhibiting his installations, Jeroen wants to start an on-site investigation into the production of sounds. How would it work to create an image of cardboard that can produce sounds? What does that give to acoustics? What is the resonance of the cardboard? Cremers calls in the help of an instrument maker and a speaker who work in the Crucible (also on the Honeycomplex). During this working and research period (from Saturday 2 to Saturday 9 March) the gallery is open and you can see the artist at work.

After the week-long stay in AIR Besiendershuis, Cremers wants to share his findings with the public. On Friday afternoon 8 March, from 4 to 6 pm, the artist will talk in an interview about the creation of his work and he will zoom in on the results of his research.