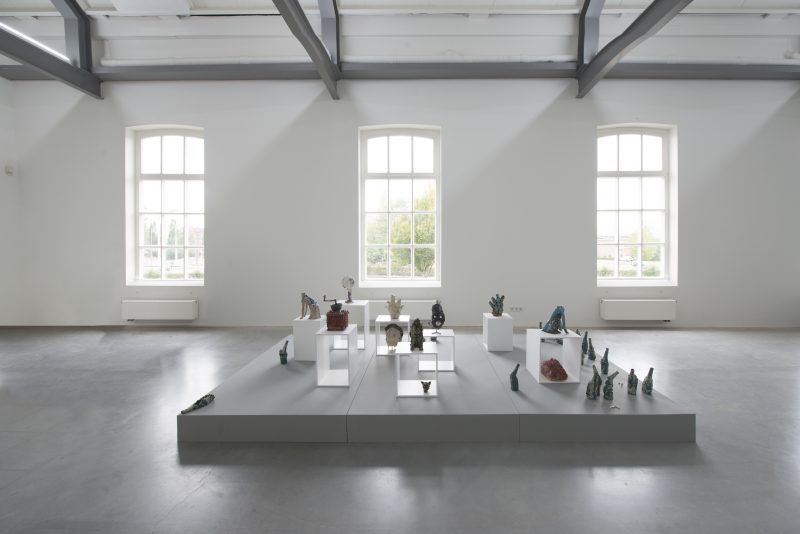 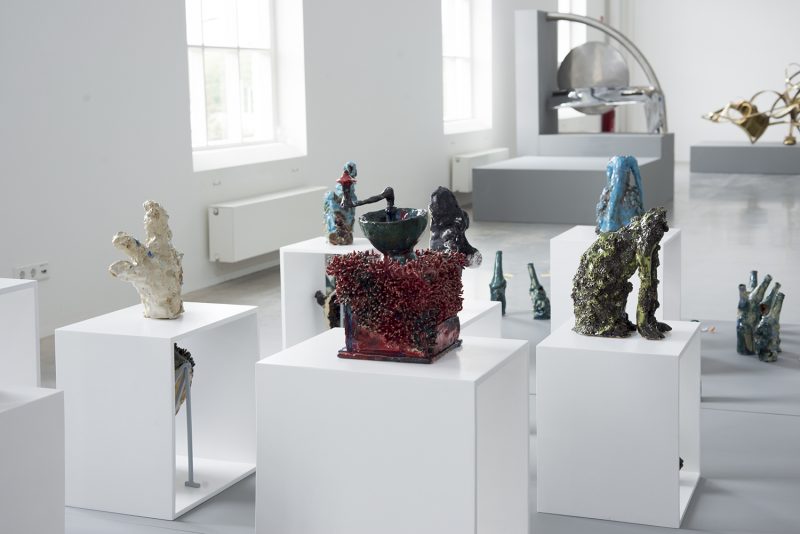 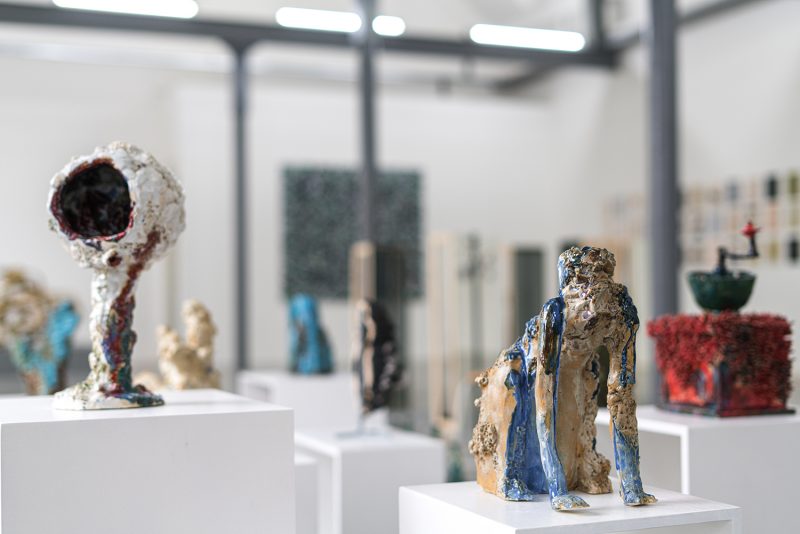 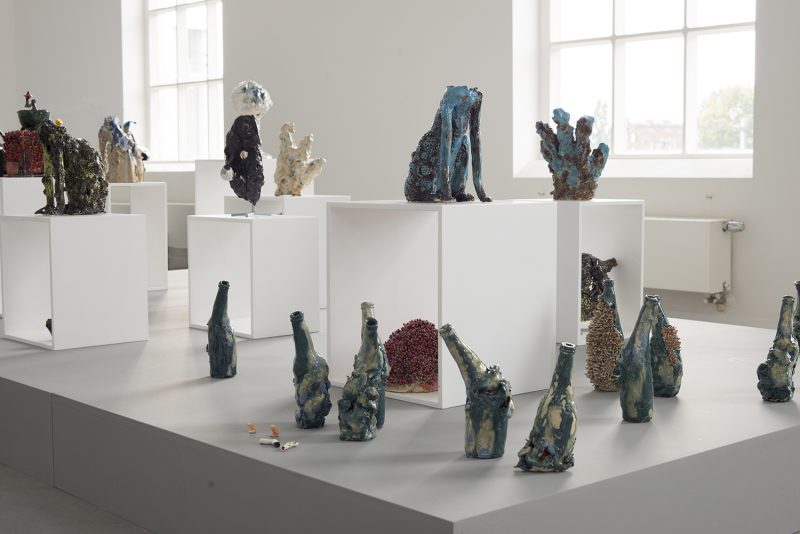 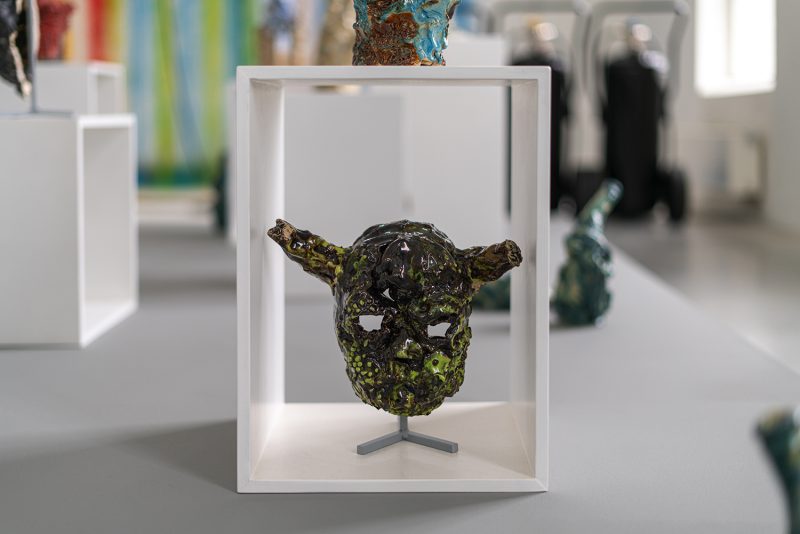 Berlin Baustelle at the Cacao Factory in Helmond (NL)

Over the past 5 years, the artist Jeroen Cremers has mainly worked with cardboard and created bizarre, narrative, large sculptures that often have a dystopian character. For this exhibition Cremers has studied another material, namely ceramics. The medium is not new to him, in Maastricht, where he studied art, he specialized in working with clay. After 10 years he rediscovered the material and became particularly fascinated by glazing techniques. This can be seen in his contrasting, colorful objects that he made especially for the exhibition in the cacao factory.

The sculptures are picturesquely and imaginatively colored, giving them an individuality that fits in with the fictional absurd world Cremers creates.

The striking objects are inspired by current developments: the lockdown, the turbulent times in which we live and the fear of uncertainty.

“Noah’s arc shows sculptures that remind us of different times, the past, the present and perhaps even the future. Most of the objects seem to have been plucked directly from his collages, which he made at the beginning of the corona lockdown.  It is a series of works that tells of an encounter with a stranger in a dystopian era. In the image we only see objects from different times that enter into a dialogue with each other and produce a surrealistic story.

It is the relentlessness of the way history repeats itself that is central to the work.