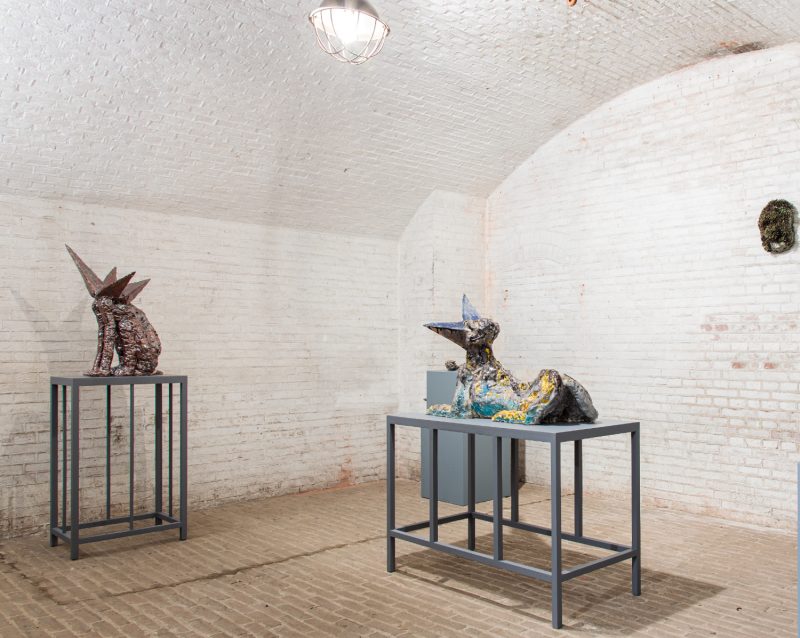 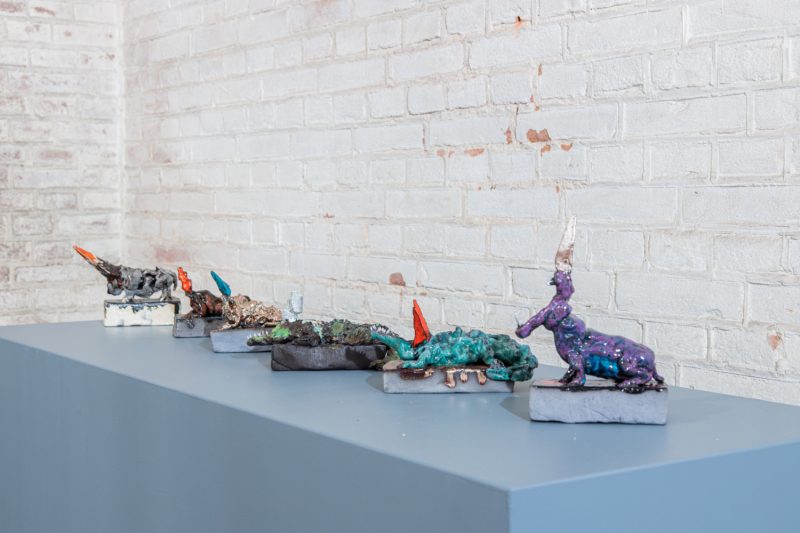 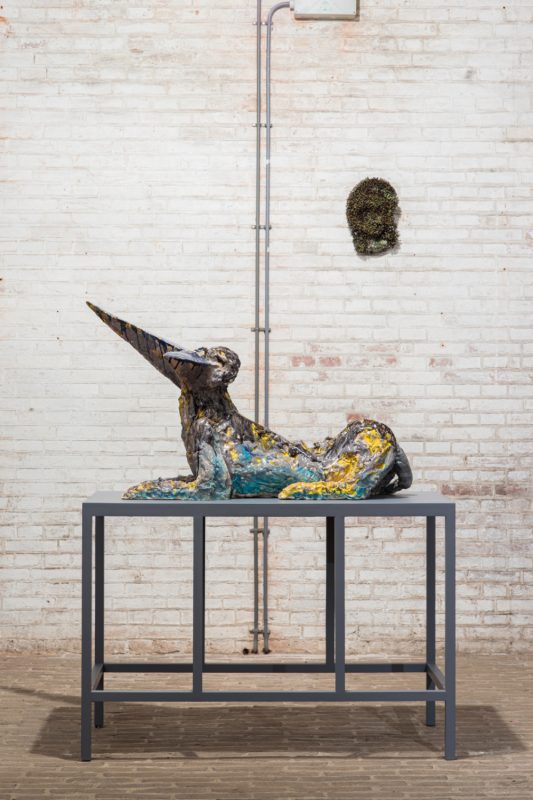 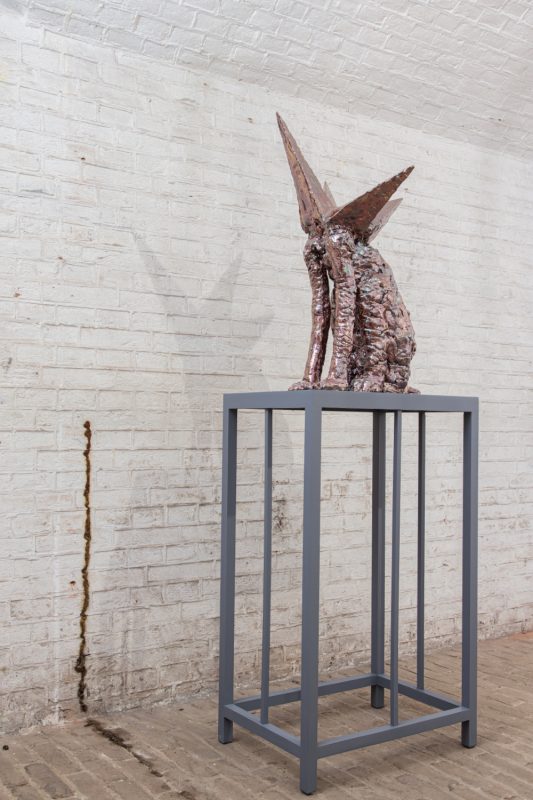 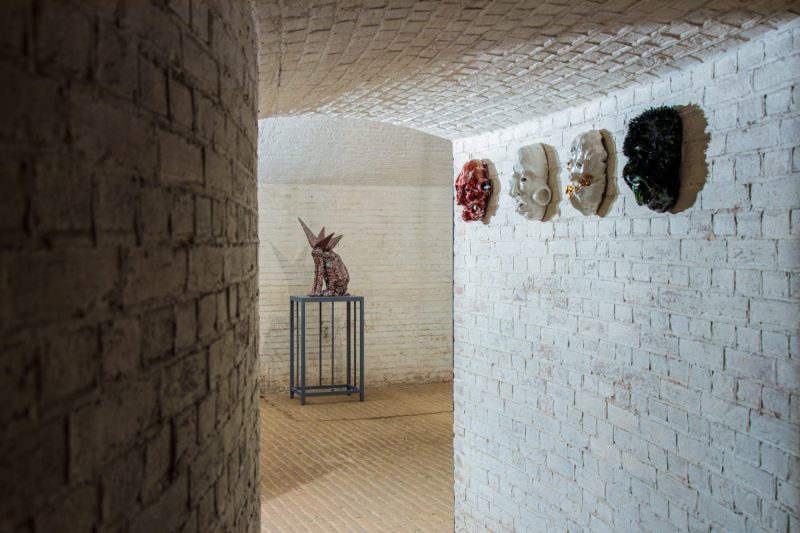 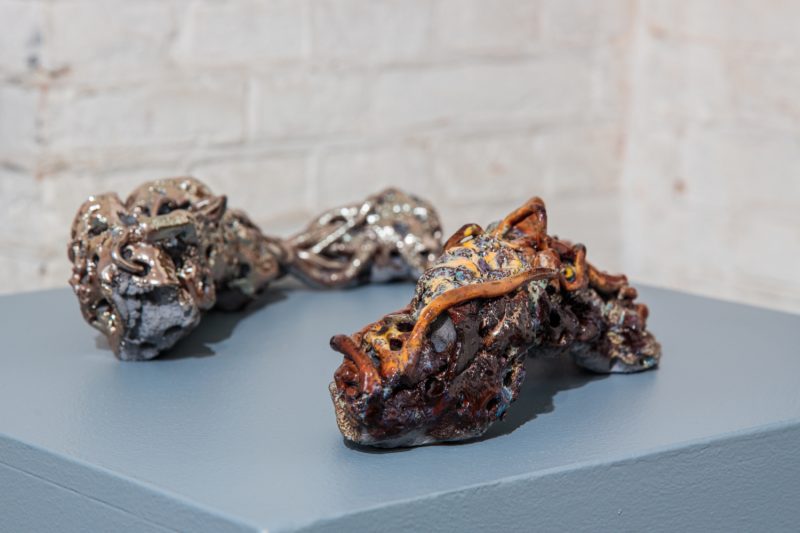 Galerie Bart is pleased to present Jeroen Cremers at Art Island 2022. This is a new art fair with 26 of the best Amsterdam galleries at Forteiland IJmuiden. The island is part of UNESCO World Heritage and the defensive line of Amsterdam, built around 1889. The same underground spaces occupied by the Germans in the Second World War will now be used as a raw scenery to present contemporary art. And such a setting, no artist is more fitting than Jeroen Cremers.

In the surrealistic and disconcerting work of Jeroen Cremers (1972, the Netherlands) various different influences converge to form a new worldview in which modernist stylistic influences effortlessly merge with the history of ancient Egypt or other civilisations of antiquity.

The images are characterised by animal forms and are clear references to cult imagery from that period. But in the place of their heads, the artist has arranged strange stacks of geometric shapes. Cubes and pyramids dominate Jeroen’s new sculptures. Shapes that point to the past, but also to elements from science fiction, such as the black monolith from the movie 2001: A Space Odyssey.